The garden clearance and garden makeover has been a massive task as you have seen from ‘Jungle is Massive.’ But, with thanks to David – (he is much more enthusiastic about the garden than me), we have got a little further. 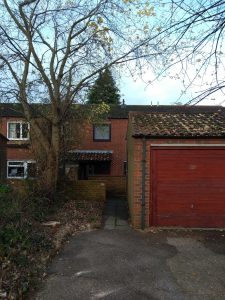 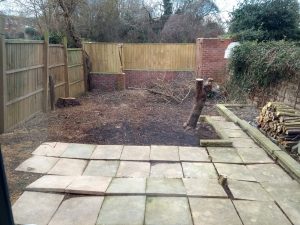 Unexpectedly we found a patio beneath the undergrowth. David removed the trees at the end of the garden and built a new fence. Obviously, we still have a way to go. We need to level out the patio, remove the tree stumps and perhaps get a lawn down.

Removing these trees let so much more light into the rooms at the back of the house. And yes, that is the window we were climbing through for weeks. 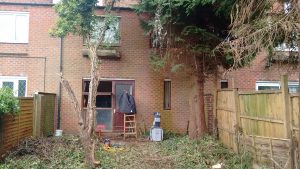 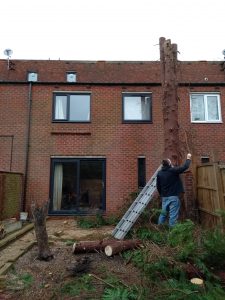 As you can see we also got some shiny new windows as well. 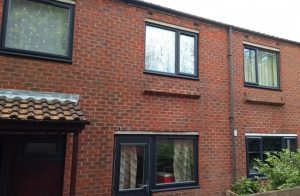 We even seem to have inspired the neighbours to go for grey windows too – I’m impressed. They look smart together. What do you think?

I haven’t seen any other houses in the area with grey windows. But, I couldn’t bring myself to put white uPVC to replace the lovely wooden windows, and uPVC fake wood is definitely not my style. I’m looking forward for the rest of the street going for grey windows now.

I found replacing the front door quite upsetting, which was completely unexpected. Although it was a lovely solid wood door, it wasn’t particularly secure. Occasionally Dad used to break the window when he’d forgotten his keys, so I needed to replace it. I think it was the memories that affected me. I used to knock on the door, then I’d see Dads face all wobbly through the windows, then it would focus as he’d open the door and say “Alright Pet?!”. Who knew replacing a door could be so upsetting. 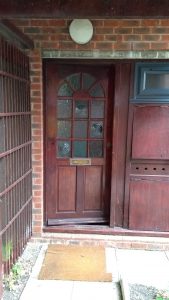 The house this week in pictures

Progress…..Not Much I can’t say that I’ve made significant progress on the house this week. …

My Bedroom – Before & Proposed

A Small Bedroom Makeover This is the Before Pics (Once again I’ve already started painting. …